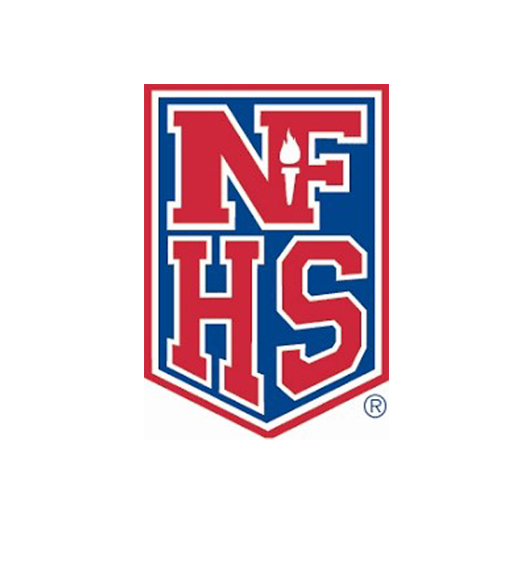 Niehoff was chosen from among four finalists by the NFHS Board of Directors at meetings last week in Indianapolis. She will succeed Bob Gardner, who is retiring this summer after eight years as NFHS executive director and 48 years in secondary education, including the final 18 years on the NFHS staff in Indianapolis.

“Faced with an overwhelming response from outstanding candidates from across the nation, we are pleased to welcome the next NFHS Executive Director, Karissa Niehoff,” said Jerome Singleton, president of the NFHS Board of Directors and commissioner of the South Carolina High School League. “She displays all the qualities we were seeking and beyond. It goes without saying, Bob Gardner is a hard act to follow as he will be regaled as a world-class director, peer and true fan of high school activities and athletics.

“I speak for myself and the Board of Directors when I share that the final four candidates were more than qualified with unique leadership styles and expertise in various fields of athletics and activities. Ms. Niehoff brings a stellar background in athletic administration, team participation and large-scale leadership. She displays the characteristics of a natural leader who will forge forward only to enhance the tradition of excellence in all NFHS programs.

“I am anticipating some exciting advancements in every aspect of the NFHS which, in turn, will broaden offerings at the state and local levels for NFHS members. We thank each applicant as it was a tedious process and difficult task for all involved. Congratulations to Karissa Niehoff on her new role as Executive Director as well as the extensive accomplishments and experience she earned over her impressive career,” Singleton concluded.

Niehoff, who has directed the NFHS-member CIAC since January 2011, will be the first female to head the national leadership organization for high school athletics and performing arts activities and the sixth full-time executive director of the NFHS, which will celebrate its 100th year of service during the 2018-19 school year.

“I am truly humbled with this opportunity – what a privilege to serve as the next executive director of the NFHS,” Niehoff said. “I am excited to work with the staff and to be able to serve the 51-member state associations – picking up on what has already been accomplished to serve as the national leader in the world of education-based athletics and activities. I believe the NFHS is on the cusp of some exciting new opportunities for students in high school athletics and activities, and I consider it an honor to have been selected to lead this organization.”

Niehoff was named deputy executive director of CAS-CIAC in July 2010 and assumed the executive director’s position in January 2011. She began her career in Connecticut public education in 1989 as a physical education instructor at Greenwich High School. In the succeeding years, she was a teacher, coach, athletic director, assistant principal and principal at the middle school and high school levels.

At the national level, Niehoff has served on the NFHS Board of Directors the past three years, including a term this year as president-elect. She is currently chair of the NFHS Field Hockey Rules Committee and recently completed a term on the NFHS Student Services Committee. Niehoff also served 10 years on the United States Field Hockey Association Board of Ethics and was the field hockey program leader in 1996 at the International Youth Camp during the Olympic Games in Atlanta.

Niehoff served on the Education Committee of the United States Olympic Committee, authoring the “OlympiKids School Celebration Guide,” acting as U.S. delegate to International Olympic Academies in Greece and Canada, and representing the USOC at numerous national conventions, conferences and educational programs. She was co-founder and dean of the “Passing The Torch” Academy For Youth Sport Leadership, a USOC initiative to promote leadership and the spirit of Olympism within the realm of youth sport. In 1997, she coached a girls basketball team at the World Scholar Athlete Games, which involved more than 2,000 coaches and athletes from 150 countries.

Prior to joining the Connecticut association, Niehoff served on numerous CAS and CIAC boards and committees, including the Field Hockey Committee, CIAC Board of Control and chair of the Sportsmanship Committee.

Niehoff, who was the sixth woman in 2010 to lead a state high school association on a full-time basis, has been inducted into multiple women’s sports halls of fame. She also has conducted numerous professional development workshops and presentations at the local, regional and national levels in the fields of education, athletics and leadership.

40th annual FIAAA State Conference is right around the corner!